Fractal Audio Systems
Moderator
Matt just got back from several days at the studio. Fortunately I was able to get my latest epiphany into the firmware literally hours before the sessions started. The engineer, who has 38 gold and platinum records to his credit, and a certain muscly, bearded guitar player, were "blown away" by the beta version of 10.00 we put on their box. According to the guitar player "Version 10.00 is mind-blowing".

The good news is that we have permission to share the presets and tone matches. As soon as V10 is ready we'll put them up on Axe-Change.

Cliff, there are no words for how much I'm looking forward to this or for how thankful I am for your dedication to your customers!

Well,i dont have FW 10 yet. But still

Can't wait to try these Petrucci? patches... and thanks Cliff & Co for making all this possible!

That's good news!
Thanks a lot.

Can't wait, are there any release notes being kicked around yet

Customer appreciation for customer service given. Thanks!

FractalAudio said:
Matt just got back from several days at the studio. Fortunately I was able to get my latest epiphany into the firmware literally hours before the sessions started. The engineer, who has 38 gold and platinum records to his credit, and a certain muscly, bearded guitar player, were "blown away" by the beta version of 10.00 we put on their box. According to the guitar player "Version 10.00 is mind-blowing".

The good news is that we have permission to share the presets and tone matches. As soon as V10 is ready we'll put them up on Axe-Change.
Click to expand... 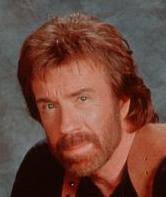 Who knew he also plays guitar?

rsf1977 said:
Can't wait, are there any release notes being kicked around yet
Click to expand...

Rumor has it that the FDA may be coming down on Cliff over all of this. Word is that he'll have to list potential side effects related in all new firmware release notes.


Flatulence was originally suspected, but was determined to be bean burrito related.

Thanks Cliff! See you at NAMM!!!

Moderator
Good news. Didn't realize 10.x was mature enough to take out into the wild...

That's gonna be awesome ! Thanks Cliff !

Awesome! Can't wait to try it out.
X

Wow, I'm really looking forward to this, that sounds like a fantastic endorsement, can't wait, literally

rsf1977 said:
Can't wait, are there any release notes being kicked around yet
Click to expand...

Still lots to do. I have some amps coming in and I still have a bunch of amps to put through the MIMIC process.

This is what I have so far:

NOTE: THIS IS A MAJOR FIRMWARE UPDATE, PARTICULARLY IN REGARDS TO AMPLIFIER MODELING. THIS FIRMWARE MAY, AND PROBABLY WILL, CHANGE THE SOUND OF EXISTING PRESETS. YOU SHOULD AUDITION ALL YOUR PRESETS AFTER INSTALLATION AND CHECK FOR PROPER OPERATION AND TONE. AN AMP MODEL CAN BE RESET BY TEMPORARILY CHANGING THE AMP TYPE AND THEN CHANGING BACK TO THE DESIRED TYPE. THIS WILL LOAD THE MODEL WITH DEFAULT PARAMETERS.

Implemented “Multi-point Iterative Matching and Impedance Correction” technology (MIMIC, TM, Patent Applied For) to amp models. MIMIC applies analytic signals to an amplifier and captures the fine nuances of each amp at various points in the circuit and corrects each model vs. its theoretical implementation. In some cases the difference can be substantial, in other cases the difference is minimal. This depends on the layout of the amp and the various parasitics involved. MIMIC has the advantage of applying these corrections at the appropriate location in the amp model rather than as just an output EQ so that the various controls of the model behave virtually identically to the actual amp. For example, the Modern modes of a Dual Rectifier are highly sensitive to Master Volume with the tone becoming thicker as the MV is increased. MIMIC preserves this behavior rather than just getting louder as the Master Volume is increased.

Fixed a myriad of mistakes in the amp models as MIMIC also identifies when there are significant deviations between the theoretical model and the actual amp.

Models now default to a starting Master Volume setting when selected. Also, the proper setting for non-MV amps is now a Master Volume setting of 10.0. Non-MV amps, therefore, will default to a value of 10.0 when selected. Furthermore, the MV taper for amps with master volume controls now matches the actual amp. If more MV drive is desired for non-MV amps, the new MSTR VOL TRIM parameter in the Advanced GUI page can be used to increase (or decrease) the Master Volume.

Improved triode modeling removes “glare” from distortion yielding greater clarity and string separation. Note that the Triode Hardness parameter operates differently than before and also defaults an appropriate value when the model type is selected. Existing presets are automatically updated upon recall.

All Recto models have been reworked. Note that the Orange Modern and Red Modern models have no negative feedback and therefore the Presence control is a Hi Cut control. The operation of this control is reversed as compared to the actual amp. If the amp’s Presence control is fully clockwise the corresponding setting of the model’s Hi Cut control is fully ccw. Also note that the model’s Hi Cut control has about twice the range of the actual amp so fully ccw on the amp is equal to about noon on the model. As noted in the paragraph on MIMIC, the Modern modes are highly sensitive to MV setting. Higher MV settings result in more midrange focus while lower MV settings produce a more scooped tone. It is recommended to experiment with the MV setting to achieve the desired tone while compensating for the level increase/decrease with the Level control.

Reworked Euro Blue and Red models as bright cap values were incorrect. For best results it is recommended to reset the model by selecting another model and then reselecting the desired model.

Added "Solo 100 Clean" model based on the clean channel of a Soldano SLO100.

The gain of the USA Lead models has been increased by about two as most people set the Drive knob higher than the setting used in the original models.

Added “USA Pre Green” and “USA Pre Yellow amp models based on Mesa Triaxis LD2 modes. Note that these were modeled with the Triaxis Presence control at maximum as this control is actually a hi-cut control.

Removed Mid Freq parameters from Speaker tab of amp block. MIMIC renders these controls irrelevant and better results are obtained by using any of the EQ resources.

Removed all Motor Drive processing in cab block if Motor Drive is set to zero. This is subtle but there was a tiny bit of coloration before even when the Motor Drive was off.

Changed outermost bands in all graphic EQs to shelving types.