FPFL said:
Forgive me if I've said this before but Oconomowoc, Wisconsin is one of my favorite places on earth!
Some of the nicest people I ever lived around. If my life allowed it and I could take even worse winters than Boston, MA. I'd move there.
Click to expand...

If you have, I must confess I don't remember ( too many burnt brain cells from my mis-spent youth ) ....

I was actually born and raised in West Michigan ( just south of Grand Rapids ) ..., anyway ..., this is a great area ! As close as I've found to the atmosphere I was raised in !

THANKS for reminding me !

The only good I see in this is that tube amps aren't as revered as sacred items of ancient lore as much since modelers have finally brought up the name they dragged to the floor in the early years.

I might get one to try it out if I can get my hands on it. I have an open mind, and I'm no fanboi of ANY company - not even fractal. I support products and companies based on the quality of the goods/services they supply, and the way they deal with their customers when issues arise.

Based off that, even if the kemper is a zillion times better than the axe, I will be keeping my axe, and keep supporting FAS as long as they stay as awesome as they are. I pledge no allegiance however, and if they start becoming like line 6, they will lose my support just like line 6. However, history has shown this is not the case thus far, and even tho I have faith in no one, I have enough cause to believe in FAS and their continued awesomeness.

At the end of the day, I still try all the products out there with an open mind. I sell the crap, and keep the best stuff. Haven't sold an axe yet. I pick the best of the bunch, based on quality and customer service, and FAS is at the top of my list. Keep kicking ass FAS, including kemper's.

These days if HC denizens rave about something, anything ..... run away, quickly! Their credibility today is zip ..... IMHO

To be real, two plus people selling their axe fxs doesn't equal a takeover. Only sales, a decent artist endorsement list, and good word of mouth from satisfied customers will truly say if the Kemper will take over. Not all people are of integrity so there will always be certain "persuaded" individuals. But that happens anywhere so take yer pick.
Last edited: Dec 30, 2011

Sammetal91 said:
The only good I see in this is that tube amps aren't as revered as sacred items of ancient lore as much since modelers have finally brought up the name they dragged to the floor in the early years.
Click to expand...

Very true. There's still something about a good tube amp slammin the air out of my chest with that saturated goodness that will always have that lure tho for everything else tho, there's the axe.

The kemper DOES have its uses. I can see myself capturing some sounds with it and using them in sessions where time is tight. I don't always have hours on end to tweak the axe.

But I don't see it surpassing the axe, especially with IR capture...

jon said:
Very true. There's still something about a good tube amp slammin the air out of my chest with that saturated goodness that will always have that lure tho for everything else tho, there's the axe.

The kemper DOES have its uses. I can see myself capturing some sounds with it and using them in sessions where time is tight. I don't always have hours on end to tweak the axe.

But I don't see it surpassing the axe, especially with IR capture...
Click to expand...

I'm not gonna lie, I still want a tube amp. But ever since I got my axe it has gotten waaayy down in my list. But I still want one. Or three.

Yeah, Kemper is taking over.

Quote from jimfist "As others have mentioned, I find the regular "bait" posts of KPA "pushers" here on the Fractal forum to be in poor taste. It would be different if the KPA were made available to the market since its debut, and these posts were made by truly dispassionate 3rd party users, but as of yet we only have "insiders" coming to this forum and pissing on the parade. It's just not cool IMO, and very, very obvious. I agree - this does not speak well of Kemper"
+1.

IMO, and obviously theirs, Fractal has the best product out there, and they, KPA are coming after them. I dont have any sales #'s to support this, but dont have to. The demand for Fractals products on this forum, ebay, & the Fractal store confirm Axe FX's etc... are in high demand, and for good reason. Other companies are taking notice and want a piece of the market. I do tho feel a since of loyalty. I dont want someone comin round runnin my Axe 2 down, "dems fightin words" I have'nt heard anything better or that has more flexability than the Fractal products I own, and I cant say enough about the costumer support. Also I'm not a gozillionaire. Got what I like, and like what I got. Someone's always tryin to bulid a better mouse trap, and thats a good thing. Its what drives the market. But right now there aint no mice @ Fractal.com...............................
Last edited: Dec 30, 2011

holdenhinkle said:
Yeah, Kemper is taLking over.
Click to expand...

I could be happy with the Axe Fx II until I die...and I'm only 33. This Kemper thing does not interest me in the slightest. If I wanted an modeler to sound so dead nuts on, I would just buy the real amp. The form factor is odd in the Kemper. Not knocking it...just does not interest me at all. The Axe Fx II is almost perfect and Cliff seems dead set on removing the almost of that part on a daily basis. The Kemper will not pose a threat to the Axe Fx II in any way shape or form....maybe some studios....but I do not see it getting anywhere near what Cliff has made. IMO of course!

Vendor
This kind of thing always makes me smile and wince in equal measures.

There is no gunfight, there is no showdown, there is no drag race that anyone needs to be concerned about enough to worry whether one is 'better' than the other. There is no defence to be leapt at - Scott absolutely nailed it by saying its just a piece of gear!

If it IS 'better' (in itself subjective to a large degree) - why would you care? What difference would it make to you? Will people laugh at you in the street and point at your equipment? (happens to me, but that's a different story altogether, and you don't want to know what they're pointing at). Will you have to hang your head in shame as people will think less of you because something newer/'better' has come along, making you less cool as you no longer own the 'best' piece of kit???? I hope everyone is saying 'NO'!

As guitarists, we're living in probably the coolest time for gear ever (definitely for me in the 23 years I've been playing). Things are at a ridiculous level already, and I'm sure they will continue to progress. Just IMAGINE the conversations we'll all be having about gear 5 years from now!

Personally, I'm looking forward to hearing what the KPA can do, but it will just be from the perpective of being a gear nut/closet nerd and wanting to play with a new piece of kit - NOT from the perspective of seeing if its better or if I would consider getting one. Why? Because I can't possibly imagine wanting or even NEEDING anything that does anything more/different/'better' than the Axe FX (particularly since I got my II which is, quite frankly, just silly). The AXE II has more power, options and flexibility than I will ever have the talent or the ability to utilise to its fullest. I do, however, wish people would stop pointing at my other equipment in the streets and laughing though but hey, you can't have everything.

Here's my problem with Kemper. I don't own a fender, matchless, peavy, bogner, cameron, ect, ect....
I own an original mesa 2 channel triple rectifier and if I just needed two tones. It would be fine. Turns out, I need much more then that. And seeing as how I don't own or even care to own all these wonderful amps, the kemper falls VERY short of my mark of excellence. Also, I dont want to use OTHER ppl's presets. I would like to build my own. Which is why I own an Axe-fx II. If the Axe worked like the kemper, I guess I would be using my old mesa, or a pod (god forbid...). Bottom line is the Kemper is great for a person who owns or has access to a ton of amps. Everyone else is shit out of luck.
So, yeah, that's a BIG NEGATIVE OP...
and lol.

What a surprise, another internet flame war started over some opinion and based, at best, on dubious information from an anonymous source.

I would like the OP to let us know his intent for cross posting that HC thread here.

I'm not a Fractal owner, nor a Kemper owner. However I do still have a POD 2.0, somewhere. I can't remember though.

EDIT: Apparently this thread has been cross posted to HC. Multi-forum flame war now. Funny to watch people acting like children over this stuff.

We have all of 2012 to read 'The AxeFx sky is falling' threads because of the Kemper and the new Line6 killer such and such.

I would like the OP to let us know his intent for cross posting that HC thread here.
Click to expand...

Jack Napalm said:
We have all of 2012 to read 'The AxeFx sky is falling' threads because of the Kemper and the new Line6 killer such and such.
Click to expand...

Gah! I'm already burned out on discussing the (next) "AxeFx killer". Kind of reminds me of that old chestnut: the iPod killer. Funny how the real iPod killer ended up being the iPhone.

How the F designed that?? It looks like it came from the Flash Gordon set.

On a serious note I'm eager to hear this thing in action. 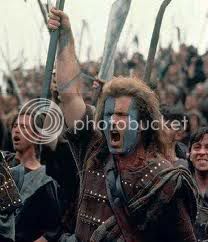