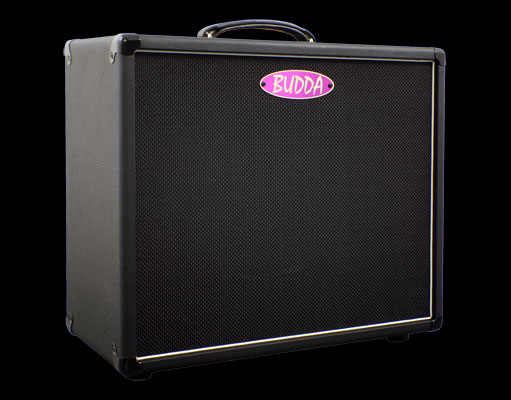 Buttery: (loosely) based on Budda Twinmaster

According to the Fractal Audio manual: “Based loosely on a late 90s specimen Budda Twinmaster. Relies mostly on power amp distortion”. The Twinmaster was Budda’s first amp. Budda is now owned by Peavey.

It’s a hybrid model. Cliff created this model “by ear” only. It was never matched to the real Twinmaster.


"I did the Buttery model by ear. I listened to some clips of Buddas (Matchbox 20, remember them?) and tweaked the model until I thought it sounded like one. Screwed around a little with the tube bias points until it had the right balance of harmonics and called it a day.”​
"It's still the "ear tuned" version. I bought the amp but because it was so popular as-is I didn't dare change it.”​
“Buttery is a virtual amp model that was created by ear. There is no physical, real amp that exists upon which it was based. It's like the FAS models. They exist solely in the virtual world. They all still benefit from the Quantum stuff though as they use the same underlying algorithms for the tube modeling. The amp model, regardless of how accurate it is (and it's probably grossly inaccurate as I never compared it to any actual amp) is very popular and that's why it was never matched to any real amp.”​
The real Twinmaster has two inputs, and Bass, Treble and Volume controls. It’s a 18 watts Class AB amp that runs on EL84 power tubes. More info.

But really, don't compare the model to the original Twinmaster. Just enjoy the model in its own right. Because it sounds great and is liked by many! Come on in, @simeon. Buttery was my edge-of-breakup amp choice for a long time.

It’s a great crunch amp model, like an overdriven Fender. And simple to dial in too: just crank the Master Volume, adjust Treble and turn down Input Drive.

Budda uses custom "Phat" speakers. There are none among the stock cabs. The Buttery model sounds fine with AlNiCo speakers and greenbacks.

what stock speakers do you recomend?

darrenw5094 said:
what stock speakers do you recomend?
Click to expand...

I love this amp with James Santiago IRs. The EJ1250 pairs nicely with it. Dry and crisp.

Different amp, but this one sounds great (similar to the model):

This was everyone's favorite on the old Ultra. I'll have to revisit it.

I love Buttery ... the harmonic content is awesome. I'm glad it is what it is ... pls don't change it to match. Too much love for that amp.

I mean just strum an open "D" chord with your guitar volume knob dimed and hear the resonance/harmonics in the low mids ... (might be using the wrong terms/nomenclature, but play it and see for yourself)

Definitely love the Buttery "tuned by ear" version better than the real thing. Way more mojo going for it!
P

Well, how about also making a model of the actual Budda Twinmaster additionally, and call it Budmaster?

Yes, I didn't like the real ones I played as much as the Buttery model.
A

yek said:
... Buttery was my edge-of-breakup amp choice for a long time...
Click to expand...

yek said:
Yes, I didn't like the real ones I played as much as the Buttery model.
Click to expand...

Not me. I love the real ones. I would love to see a model of the actual amp added.

I haven't played the Buttery model for quite a while. Guess I'll give it another spin tonight.

parlopower said:
Well, how about also making a model of the actual Budda Twinmaster additionally, and call it Budmaster?
Click to expand...

I think it's a great idea...then everyone can use the model that prefer!

I moved from playing Budda SuperDrive II (pre Peavey) amps for 6+ years to the Axe Fx. When I first started with the Axe Fx, I just started going thru presets starting from 00 until I found something that sounded good to me without any regard for what the preset amp was. When I got to 40, I stopped. Guess what? Buttery!

This was my goto amp model for at least the 1st year... but then I branched out when I decided to start trying to use drive pedals like I did with my real Budda amps. I just doesn't seem to play well for me with drive blocks... I find the lower notes to be odd in the way they respond. I don't find the Buttery model to be a very good "pedal platform" amp, but I do really like it for edge of breakup.

I'd love to have a real VerbMaster modeled as well as a SuperDrive.

I still have a 2x12 18w SuperDrive that I have offered up to have modeled several times. The offer still stands... I'll gladly send it in for modeling

Yes, I still have my original series (hand wired) Pre-Peavy Superdrive 30 head and 2x12. I offered the head to be modeled a few years ago but we never worked it out. At this point I think Cliff wants a schematic to go with the amp. I don't have a schematic for it.

Anyway, I tried the Buttery model again, briefly, this afternoon and it didn't stand out for me. To be fair, I did not give it enough time to really reevaluate it.

The VerbMaster is basically a Twinmaster with reverb, but the one I had (and sold to a friend who will not sell it back) had more gain than the Twinmaster I had. The clean channel of the SuperDrive is very similar to a Twinmaster.

Anyway, I would love to see a real Budda model of some sort added. I'm still willing to send Cliff my SuperDrive head if someone can find a schematic. It's the original version which does sound different (better IMO) and has different features than the Series II version.

Had a play with this model just now and remember that I really like it. Tried a few different IR's and settled on the Ownhammer MAR-66 ALN-UK MIX (Mix of Alnico Blue and Alnico Silver speakers). Sounds great - better than I remembered it. Worked great with the FAS Boost as well.

Revalver has a schematic for the Budda amps.

This model likes the pedals

djlynch said:
This model likes the pedals
Click to expand...

Not for me... especially not compared to other amp models, or a real Budda

Although, that all depends on how much drive you are using and how the drive is EQ'd.