There is an interesting article published in the ASAP section of the chemistry journal Angewandte Chemie International Edition right now claiming that the researchers have finally uncovered the secret to why Stradivarius and Guarneri violins are tonally superior to other violins from that era and even superior to those produced today.

A few quotes from the article read:

"It is plausible that Stradivari and Guarneri had exposed their
soundboards to strong sunlight, as described in Stradivari's
personal letter,[5] but we cannot rule out the possibility of
baking or more complex chemical procedures."

"Chemical additives were applied to Cremonese soundboards as well as back plates—likely
intended for wood preservation and acoustic tuning. The Amati recipe was relatively simple but his pupils, the
Stradivari and Guarneri families, developed much more
complex formulations. The consequences of chemical treatments may include hemicellulose fragmentation, altered
cellulose nanostructures, and metal crosslinking. "

Here's a link to the open source article.

The TLDR is that the sound board material was clearly chemically treated and probably baked or dried in sunlight for an extended period of time. These processes gave the wood additional strength that allowed the craftsmen to make instruments with unusually thin sound boards that produce a more pleasing and lively tone.

Sadly, the demise of all supplies of ground unicorn horn means the ability to replicate this process is lost to time.

Unless we can use the horn of the dolphincorn instead! 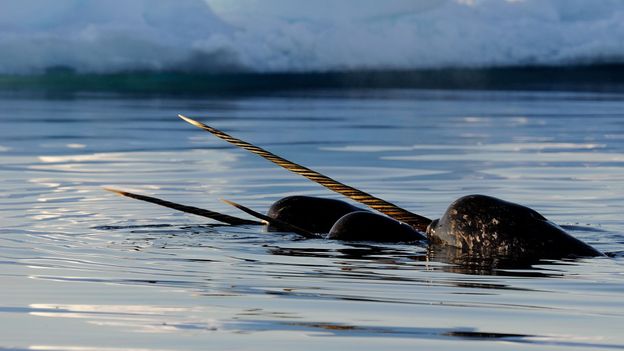 Gee, like the torrified guitars they are building now?

So simple, when it comes down it. I'm sure some violin makers will take advantage of this new info... for marketing purposes if nothing else.

Mark Bartel, who designed the Tone King amps, now has Bartlel Amplifiers, where he's done a lot of experimenting with the cabinetry sizes and shapes, the woods used, the joinery for the wood, the glues used for the wood and to attach the covering, the speaker mounting and the wood to use for it.... He really dug in, researched and experimented, and, from what I've heard in videos, the final product sounds stunning because he's treating the cabinet just like a soundboard designed to resonate in specific ways. And, if I remember correctly, some of what he's doing goes back to the old violin masters.

I've been following him for a while and think he's one of the modern amp designers' amp designers, that people are going to pick apart his work to figure out what he did.

And, I was just given a thumbs-up to buy one.

It’s all about the funk on the grill

Xrocker said:
Gee, like the torrified guitars they are building now?

That is what stood out to me as well. The whole trend toward roasted woods seems to be history repeating itself. I will say that the one guitar I have with a roasted maple neck is outstanding and is my favorite of the guitars I own.
You must log in or register to reply here.
Share:
Facebook Twitter Reddit Pinterest Email Share Link
Top Bottom