Quality of everything is getting worse

iaresee said:
What hot hatch are you driving? I've got a VW GTI now that's got an APR Stage 2 tune on it. It replaced my A4. Always wanted a GTI when I was a kid, so a GTI I now have!
Click to expand...

You'll have to give me a pass for doing this, but you asked - 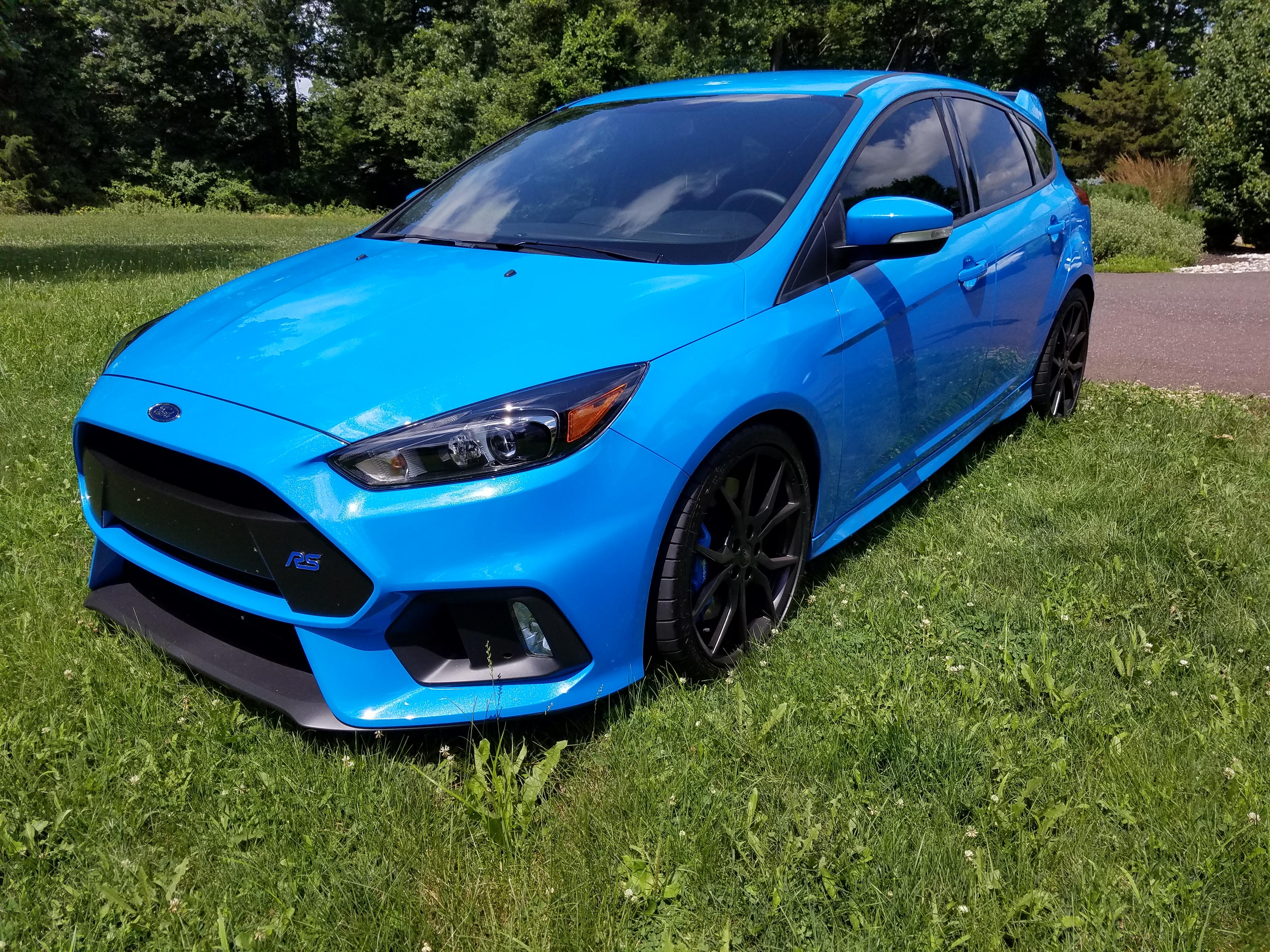 I respect the VWs but I've driven them and they're not my thing. A stage 2 Mark7 is probably faster than mine as far as raw motor, though.

Promit said:
You'll have to give me a pass for doing this, but you asked -
I respect the VWs but I've driven them and they're not my thing. A stage 2 Mark7 is probably faster than mine as far as raw motor, though.
Click to expand...

Keyboard player in my band has the same RS and it's a fun car. Little too much bling for my tastes, but a fine hot hatch nonetheless. I'm chewing through my clutch hella fast with this tune. I'll be on a non-factory clutch soon enough I suspect. It's a lot of torque for a FWD car. No complaints from me!

I traded my truck and bought a 2019 gmc Denali , later to see they took away the TILT WHEEL. Uh , hello ?

My MacBook Pro ; that I use in my studio , looks like a quadrapuss. 2 frickin - dongles , coming out of each side. It’s no different than when they took our headphone jacks from our phones - so we HAVE to buy BT , ( or another frickin dongle - of course )

It’s called the Fleecing of America.
Have you looked at a box of cereal these days ? A single Wheaties box that Bruce ( I mean Katelyn ) was on , could easily hold as much as 4 boxes today , yet costs twice as much - or more.

My 2011 iPad bought in 2012 finally had its very first OS glitch at Thursday's gig after 7 years of being slept and woken (not powered down) at least 95% of the time. I'm no computer guru, but that seems stable to me. Same goes for Axe-Fx II, except it's never had a glitch outside the damn display ribbon cable jacking up screen visibility.

Unless I'm mistaken, my ancient iPad3 is a Steve Jobs product or a mostly-Jobsian product. Apple under Cook is a different company. They don't have a compelling pitchman & anal-retentive obsessive visionary. Jobs wouldn't stand for many of the recent and current decisions around design and usability. That said, Jobs had several failures under his watch. But at least he got better. Cook seems to be losing ground. Cook is proof you can't design by spreadsheet. It takes vision, passion, art and incredible engineering.

We have an iPad 2 here that's still functional. The 4 yo uses it. It's built like a tank. Doesn't hold much of a charge, but other than that it's excellent. Amortized, it's probably the best computing device I've ever spent money on.

Moderator
Just last year got a new 15 MacBook Pro. Replacing my beloved 17' Pro from 2011. It's been pretty seamless, but there was an adjustment period since it's huge money to get a HD that actually supports what you do...(the relentless push for you to get cloud storage at a subscription price.) No problems so far. With the SSD I expect to get at least 8 years out of it.

My iPad Air 2 is still going strong after (not sure) 6 years of heavy use. I did get a screaming deal on a iPad Pro, so my Air 2 is relegated to a music/Siri/recipe/games hub.

That being said, Apple is not what they were, but they are still the best game in town...IMO.

But my Subaru is in the shop for an air bag recall...for the last week...so not really feeling your pain on the Porsche!
S

The slid in overall production quality is a universal trend across many industries. I own a food processing company and the crap we've been getting lately from our suppliers is beyond junk. Just took a shipment of two different size cardboard shipping containers. On one box the ink for the companies logo is so faded it might as well not be there. The other box there is an issue with the coregated stock and the boxes have no strength. We've bought 3 items from this company and 2 are garbage. When we complained they sent a salesman out to look at the product and he agreed with us an took a couple samples back to their lab. Got a call a couple days later that they were replacing the entire shipment and I should either find a use for boxes or burn them. That's gonna be one big bofire with 100k boxes to torch.

Plastic Retail bags - Half the thickness of our previous bag and they tear as soon as you put anything in, yet the manufacture claims they're identical to previous shipments. Had to send him samples and then he agreed. Again replaced the entire shipment. And yes I know, we are moving to reusable bags and biodegradable bags.

Flakey HMI's in production equipment, throw away refrigeration compressors, and the list goes on.

I spend more time in my business troubleshooting and putting out fires then I do developing the business. All due to crap equipment and supplies.

Ha ha I just recently bought a 2012 15" Thick MBP. Kick myself in the ass for selling my last one but I replaced it with a 2013 27" 3.4ghz i7 iMac. Then I bought a 2013 21.5" 2.9ghz i5 iMac to use exclusively with the Axe FX. Got tired of lugging that around so I sold it and bought another 2012 MPB. 2015 12" MacBook for kicking around the living room. More apple products than I care to list lol. I just cant/won't do windows, fucking hate it. I totally agree on the latest design direction of apples laptops but damn man if you can afford a top of the line one they are screamers. I try not to buy new apple products aside from this years iPhone. I'm pretty comfortable buying refurbished or used. Since 1998 I've bought one refurbished lemon direct from apple a 2014 27" 4K iMac. Damn thing wouldn't take any ram I put in it after 3 tries with memory direct from crucial, kernel panic every 5 minutes. Passed memory tests but still panicked.

Just finished programming my old iPad I as an OSC control surface for my DAWs. It works great after more than10 years!!!

FractalAudio said:
My Porsche Cayenne got hit by a deer. Damage not too bad but was thinking about trading it in. The new ones are noticeable poorer quality. Floor mats look like they're made out of recycled burlap bags. Poor panel fit, lower quality materials everywhere. Disappointing.
Click to expand...

Cliff next time you have to buy a new car think about an Alfa Romeo Stelvio: more quality and less money for a real (Italian) sport car.
Last edited: Apr 8, 2019

Moderator
This is the first time in history that the words "Alfa Romeo" and "more quality" have been combined in a single sentence.

I've said it before and I'll say it again, for a company which gets praised by its fanboys as producing stuff that 'just works' Apple sure as hell seems to spawn a lot of threads of users bitching about it.

yek said:
This is the first time in history that the words "Alfa Romeo" and "more quality" have been combined in a single sentence.

Muad'zin said:
I've said it before and I'll say it again, for a company which gets praised by its fanboys as producing stuff that 'just works' Apple sure as hell seems to spawn a lot of threads of users bitching about it.
Click to expand...

That’s a market share problem, the Company that dominates a large section of the market gets the ‘very vocal’ complaints. Windows has the same problem, and more so when fewer people ran MacOS. You never hear those 3 guys complaining about BSD...

Fractal Audio Systems
Moderator
I've never been an Apple fan (hate the lack of a delete key, HATE Finder, hate the closed infrastructure, etc.) and their business model has gotten very greedy. They try to force you into buying cloud storage as a revenue stream. I bought a Lenovo X1 Extreme last night. We'll see.

FractalAudio said:
My Porsche Cayenne got hit by a deer. Damage not too bad but was thinking about trading it in. The new ones are noticeable poorer quality. Floor mats look like they're made out of recycled burlap bags. Poor panel fit, lower quality materials everywhere. Disappointing.
Click to expand...

Get a Range Rover Boss!

Kdog said:
Get a Range Rover Boss!
Click to expand...

Moderator
My RR doesn't even have a hook.

I think, but I'd have to check the manual.

LOLLLLL!!!!!
You must log in or register to reply here.

Now that the cat is out of the bag-CLR Neo

Presonus 24.4.2, remote iPad control, and other fun (by request)

New owner of the ULTRA