I extend that apology to those that have joined my waiting list so see my rig.

I just finished reworking my power conditioner/breakout panel in anticipation of the Axe III. I'm also purchasing a 4u SKB Roto rack to go along with it.

Here's what I've got so far: 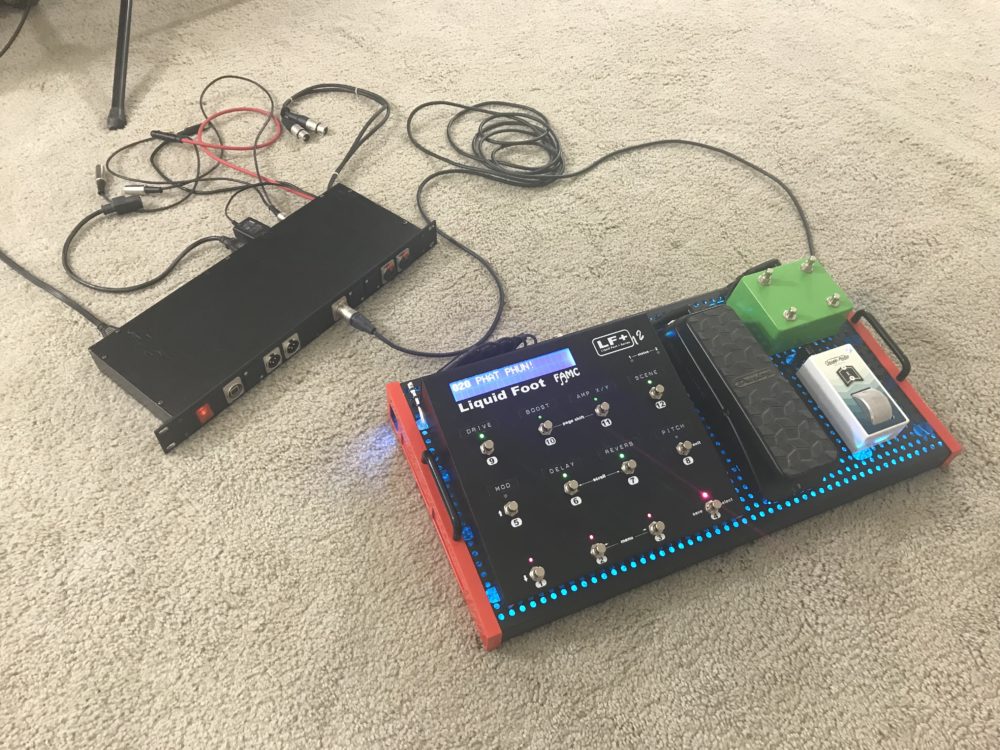 I'm hoping the Liquid Foot will get an update soon to handle the III's new sysex features. I emailed FAMC support the other day and received the following response:

Jeff told me he will be looking into it.
Click to expand...

Fingers crossed for an update some time in the near future.
Last edited: Mar 24, 2018

I think I am going to build a wooden enclosure to house the III and keep her on the desk so there she sits at home all naked. 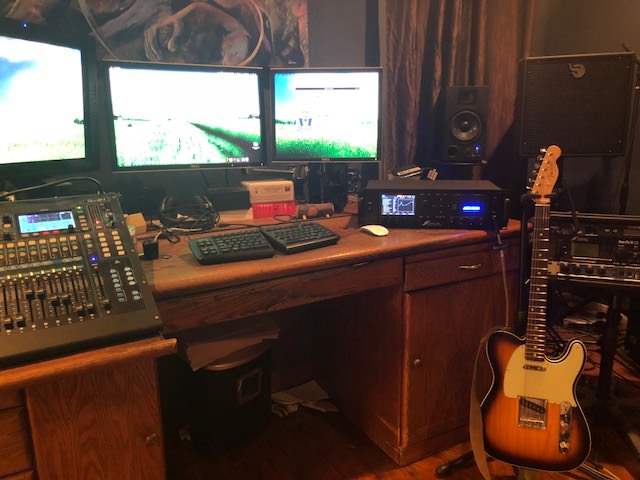 Moderator
@Rane love that roller wheel continuous controller. I should invest in one or two of those.

Moderator
We're in the new place. I'm buried in boxes. But the most important bits are unpacked and ready to rock.

Whoa! Your wife let you take over the kitchen!

Rex said:
Whoa! Your wife let you take over the kitchen!
Click to expand...

Doesn't the iii have a model of the ampeg fridge? Who needs a real one?

So Ian, this is where you cook your sounds?

Rex said:
Whoa! Your wife let you take over the kitchen!
Click to expand...

Roadrunner said:
So Ian, this is where you cook your sounds?
Click to expand...

Dammit, guys. I can't have an office that looks like a kitchen. Now I have to sell this place and start all over again.

iaresee said:
Dammit, guys. I can't have an office that looks like a kitchen. Now I have to sell this place and start all over again.
Click to expand...

Nah, keep it. Those P-lam desktops are rugged and will hold up well.

Get rid of the frying pans though. Oh, wait...those are Tannoys.

iaresee said:
@Rane love that roller wheel continuous controller. I should invest in one or two of those.
Click to expand...

Yeah, it's a pretty cool little pedal. I usually attach it to the amp gain modifier. It's actually not continuous. It's got an LED that varies in intensity to show the roller's position. It's not super accurate, but you kinda' get a feel for where the wheel is anyway. I usually keep the wheel's range of control pretty limited so as to avoid any surprises. lol
J

Just gutted the XL+ out of the rack and re-did it all tonight...

Gator 4U Audio Rack - Powered Rolling (GRR-4PL-US). The handle works great and rolls really well. Except over cables laying around on stage. :0 Overall, very happy with it. Pretty much like rolling around luggage in an airport. The front and back lids have plenty of room to leave the Shure PSM antenna plugged in.

Depending on the gig, I've done anything from run an ambient mic into the Rolls and blended with the AXE-FX for my entire monitor mix. Or can plug the output of an Aviom type system into 1/2 of the Rolls. And in other cases, I've taken mono/stereo sends from the FOH mixer back into the Rolls. Used the FOH mixer iPad app to mix the rest of the band, this goes into the Rolls, and then I blend it all in with the AxeFX signal. No matter the gig, I'm always using IEM's.

The cables are kind of messy right now, but everything fits. I put the Shure PSM in the back. The black box with the RJ45 connection is my breakout box for the FCB1010 for bi-directional MIDI, power, and supports a momentary switch mounted on the FCB1010 for tap tempo, all going over a single ethernet connection. The breakout box has a 1/4 jack that ties into the Pedal 2 connection of the Axe FX. Below the breakout box (hard to see) are two midi mergers with bluetooth MIDI connected. It merges both incoming and outgoing MIDI between the Axe-FX, FCB1010, and Yamaha MD-BT01 bluetooth adapter. I use Fracpad (via iPad/iPhone) for tweaking patches during sound check and not having to run back to the Axe FX. If I change a scene on the 1010, Fracpad updates accordingly along with the Axe, if I change something via Fracpad, 1010 and Axe update. So works really well. Also can put Fracpad into the mode where it shows all the stomp boxes/amps. Cool to see it update when you change scenes and what not on the 1010. Of course, all of that was using the XL+. Will have to see how things pan out regarding official iOS app, or Fracpad updates, etc...

The only thing left I am going to do is bring the most frequently used connections on the Axe and Rolls to a patch panel. So I'm not reaching all the way into the rack and fumbling with connections. The III being a bit shallower really helped. Otherwise I don't think this all would have went into the same 4U rack I was using for my XL+.

Until the official FC-6/FC-12 pedals come out, I will have to see how much of the EurekaPROM will work (if at all) on the III. Worse case, I will pop the stock chip back in, and do basic scene changes, tap tempo, expression pedals, and use one way midi.

Perhaps you can ditch the Rolls. Use an Input pair on the III to receive the mix signal and send your guitar+mix via an Output to the Shure.

what rack unit are you using for you I/O? Nice setup!

Paul Abell said:
what rack unit are you using for you I/O? Nice setup!
Click to expand...

It's a old Vafam Sound panel. No longer available.

I posted this in another thread, but wanted to post it here as a compact idea for gigging. The Furman PL-Pro DMC is above, the Axe FX III below, and the Vafam patch bay mounted on the rear rack rails just to bring all the connections where I can see them on a dark stage. The stand is a Quiklok foldable heavy duty stand that sets up just an inch to each side wider than the RCF NX12SMA monitor below, meaning there is essentially no floor space needed other than the monitor already required. I don't even remove the monitor from it's cover, just fold the lid open and go. The speaker itself has two angles it can be set on, depending on how far I am from it, and can be stand mounted if needs be on very wide stages.

It's sturdy, compact, and sets up quickly. Been using it for years now (except the newest addition, the III) and it's certainly proven itself on the road.