How to keep my wall warts in my furman?

Anyone have any clever ideas for keeping my wall warts from falling out of my furman in my rack? Besides rigging it up with tape?

I have the same question as you. My initial thought was to wrap Velcro around it, top to bottom, using adhesive strips on the Furman.

basically a little extension but works well for my purposes. i still tape the heavy plug to something.

I know you said besides tape, but gaffers tape will probably work pretty well. Other than that I'd use velcro strips but it will be harder to remove if you ever need to.

I've used black zip ties for that as well

I use this on my pedal board

boltrecords said:
Anyone have any clever ideas for keeping my wall warts from falling out of my furman in my rack? Besides rigging it up with tape?
Click to expand...

I've used zip ties with these "Startech HC102 Self Adhesive Cable Tie Mounts" for years in my studio and racks.... I think I got them at Radio Shack.

Zip ties are cheap So... if you need to remove the wart for some reason, just clip the zip and replace it with a new one. If the wall wart is large, ... use two self adhesive cable tie mounts.
P

Here's what I did.
My rack is 3/8" ply so I screwed a small metal L-bracket in to hold the wall warts in the Furman. One leg of the bracket is screwed to the rack and the other leg is just tight against the plugged in wall wart. It cannot physically come out unless the bracket is removed.

This is the type of bracket I'm talking about:

I got a big sponge. Yup. Laid across the back of the wall wart, it's thick enough so that the back of my rack case compresses it and it holds the wart in place perfectly!

barhrecords said:
I use this on my pedal board

+1 I use this! Works PURRRFECTLY!

In my old rack, I had the wall warts zip tied to a rackmount lacer panel and connected to the Furman with 6" extension cords. Velcro sucks because the adhesive starts slipping due to the heat.

I use gaffers tape on wall warts and ac wires.

Clear silicone works great as well and removes easily if you need to unplug it.
D 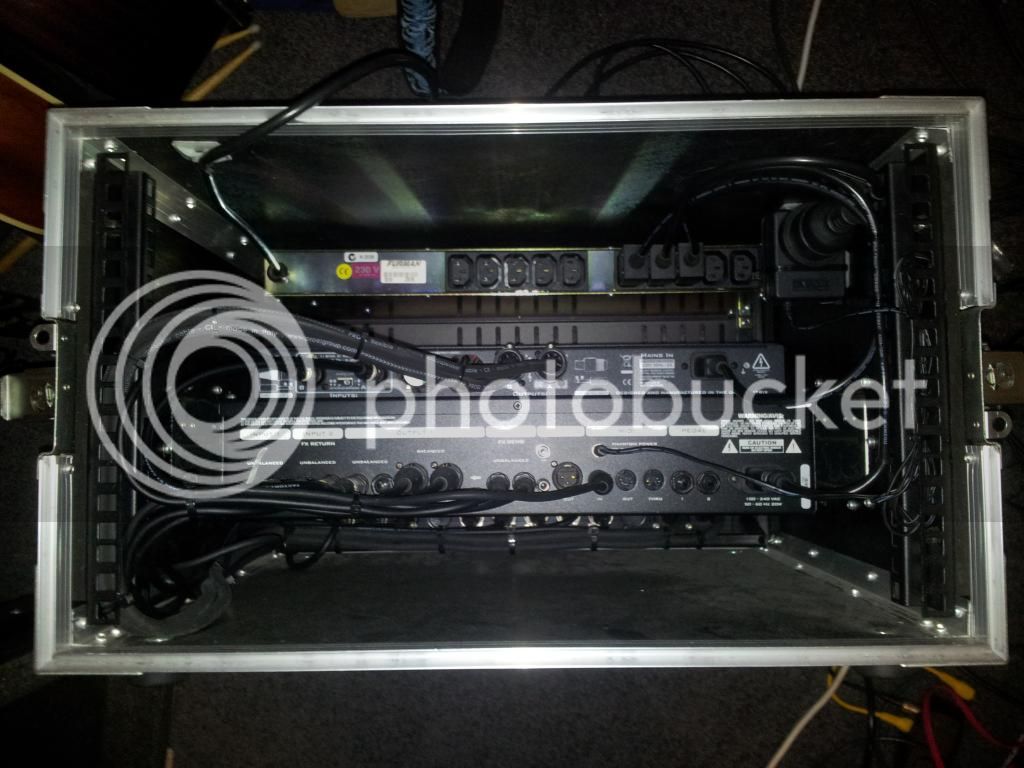 Top tight of the pic. I made all the power cables to length anyway (well, approximately to length, looking at the pic :lol). The MFC's adapter is plugged into an extension which goes to the Furman. The adapter itself is stuck to the walls of the rack using two of those adhesive cable tie mounts (one on the side, one on the top), and a couple of cable ties around it. The foamy adhesive stuff on the back of the cable tie mounts I had was a bit rubbish (which I already knew from previous uses), so I scraped all that off and used industrial strength double sided tape. Knowing how strong that stuff is, I have no worries about it holding in place. I had a little headphone amp stuck to a wall with it once. Tried to remove it later and took part of the wall with it. :lol

And the way the cable ties are crossed over and held by the cable tie mounts... it basically can't move at all. And this way won't leave any horrible sticky residue or anything on the adapter. The other thing I was wondering about with just taping it directly to the rack is that the adapter would warm up when the power's on... so I wasn't sure if that'd cause problems with the tape's adhesion.
You must log in or register to reply here.
Share:
Facebook Twitter Reddit Pinterest Email Link
Top Bottom