FractalAudio said:
I ended up getting this: 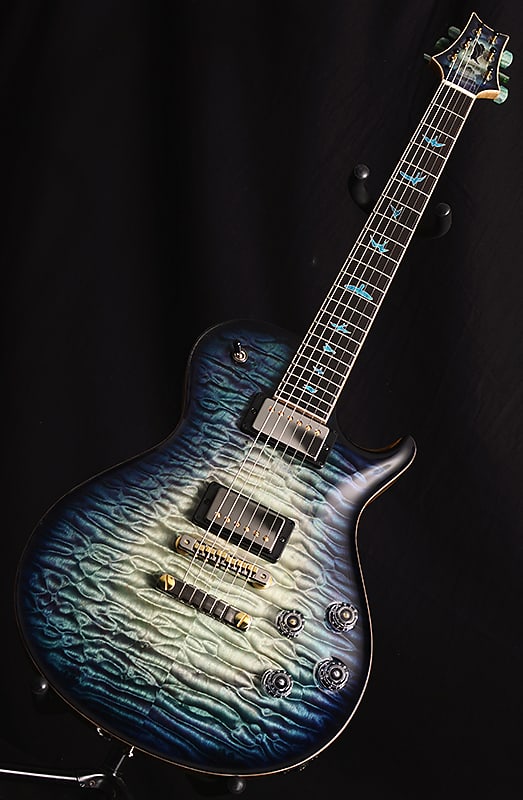 Project Mayhem said:
You beat me to it....the Anderson, the 594, the Axe FX III backlight... all blue. I’ve seen a couple of R8’s with blue trim as well, I’m guessing he went with that option also.
Click to expand...

Blue quilted maple is the most amazing of all finishes.
2

...and there may be some type of royalty dynamic

"Did we frighten you with our 'You've been put in notice' video and our lawsuit? Just give us some money, and we won't do that to you."

Rex said:
"Did we frighten you with our 'You've been put in notice' video and our lawsuit? Just give us some money, and we won't do that to you."
Click to expand...

“Tone and timing of that video, clearly, lessons to be learned,” he said. “But guess what: we’re taking down hundreds of websites, thousands of guitars we’re intercepting that are knockoffs, so it served a purpose.”

Huh? How did that video take down hundreds of websites and intercept thousands of knockoff guitars?

Rex said:
"Did we frighten you with our 'You've been put in notice' video and our lawsuit? Just give us some money, and we won't do that to you."
Click to expand...

Apparently Gibson will support in marketing guitars from other brands, so no problem!

Yep... Those quotes all stood out to me, too

pharmd07 said:
Has Fender ever tried to sue any of the many companies that have copied Fender designs? There are countless strat and tele copies out there. Fender doesn’t seem to think it’s a big deal.

Project Mayhem said:
Yes all LP's will be listed at 24.75, and have been for as long as I can remember ( at least pre Henry). However, the reality is they don't all measure that way. The reason people observe something different than the Gibson spec is because they actually measure the instruments, just as PRS did when he was designing the Models in question. The old Kalamazoo Gibsons that we covet were all made by hand and had a great deal of variation in nearly every area, whether it was the carve of the dish, the winding of the pickups etc, who cut the nut etc... so while the target may have been 24.75...it didn't always work out that way. PRS with it's precise CNC can set a target of .594 and be pretty confident that they can hit it within the travel of the bridge saddles as the variances are much less.

Im no luthier, but for years I've researched building my own LP as I couldn't find the perfect one for me. The first thing I noticed was that none of the routing templates included the bridge placement. I soon learned that this was because bridge placement was determined while the guitar was tuned to pitch, with the bridge sitting on a temporary fixture which allowed for movement fore and aft to accommodate proper intonation across all strings and still having saddle travel available for future adjustments. This is why the bridge is not always in the same location on the classic bursts. A good way to see this is to grab your copy of the fantastic reference by Yasuhiko Iwanade "The Beauty of the Burst", which details a number of 58-60 Bursts. The formatting of the book includes a full body shot on the left pages throughout, allowing you to treat it like a flip book. And you'll see that the bridge position, relative to unmoving bridge pickup route, is not constant at all, and in fact moves at least as much as the .25 tolerance difference we are discussing. I suspect PRS discovered in his research that the LP's he preferred from a sound and playing standpoint averaged much closer to the 594 spec than the .75 stated spec. I assume harmonic nodes relative to pickup location can have a large effect with even a 1/4 inch deviation.
Click to expand...

measuring the guitar for scale length can be a bit more complex than measuring a single distance,(ie PRS & DUESENBERG) but math is ultimately your friend in this process. ABRs can be placed completely by math, after the neck is set.

yeky83 said:
“Tone and timing of that video, clearly, lessons to be learned,” he said. “
Click to expand...

It should have been “Message of that video, clearly, lessons to be learned.”

That is absofuckinlutely redonkulous!
Pauly

By now Gibson employees probably know that they are on the Titanic.

These were some of my favorite viewer comments of that video:

These must be Chinese fakes because not one headstock broke

If those were Telecasters the excavator would have broken instead.

Didn't know the firebird x could sound so good, that crunchy tone...

The only guitars I hate more than genuine strats.