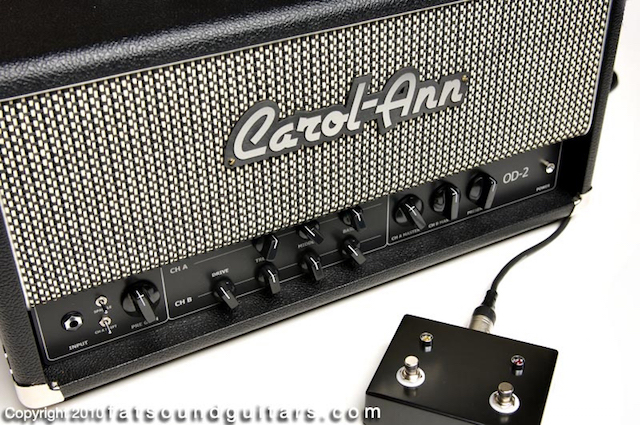 This is the first model in our series which is based on an amp from amp builder Alan Phillips (Carol-Ann amps).

The various Carol-Ann amps have always received a lot of praise from Cliff. Alan Phillips collaborates with Cliff to get the best possible models of his amps. It’s worthwhile because the models convinced some Axe-Fx users to buy the real thing too.

@Carol-AnnAmps is sometimes active on this forum. And he’s isn’t shy to state his opinions either.

And did you know how he tests each of his amps before shipping them to the buyer? He plays them in his band at a gig.

So what’s the OD2? The OD2 is a 50 watts, single input amp with 6L6 tubes. The OD2 (and the smaller OD2R designed for recording) are sometimes labeled "D-style" amps, in other words: sounding like a Dumble. But while the OD2’s sound is indeed warm, dark and thick like a Dumble, its tonal characteristics aren’t. It’s more like a modded Marshall, leaning towards the bluesy side. All Carol-Ann amps have an exceptional smooth and creamy tone.

The OD2 has a Clean channel (ch.A) and Overdrive (ch.B) channel. Fractal Audio provides a model of the Overdrive channel. That channel is described on Carol-Ann’s website as follows:

“The Overdrive Channel is simply incredible with a harmonic balance that gives the amplifier a three dimensional feel, rarely experienced with any standard design. The amount of overdrive is variable from slight crunch to all out sweetly compressed high gain tone. Note separation and response remain true throughout the full range of gain settings.”

The OD2 has Bass, Middle, Treble and Presence controls, Master controls, Pre-Gain and Drive. Pre-Gain (model: Input Drive) sets the overall input gain for the amp (both channels), and Drive (model: Overdrive) sets the gain on the Overdrive channel.

Overdrive increases the gain amount as you rotate the knob clockwise but with no alteration of the tonal balance.

Different combinations of Input Drive and Overdrive settings will have a dramatic effect on the response of the amplifier and the personality of your instrument. It is easy to get familiar with the action of these controls and you’ll be amazed with your ability to make any guitar sound mellow, fat, soulful or aggressive.”​
Models with Input Drive and Overdrive controls always feel “elastic” and spongy, a real joy to play.

The OD2 is a Master Volume amp. This means that the amp’s distortion is created in particular by the preamp tubes, not the power amp. The Master Volume, which works in the power amp section, is still very important to the tone and feel. You have to decide for yourself what setting in the model works for you best. The default setting is a good point to start of course.

The OD2 also has a Bright switch, which affects both channels, and a Shift switch, which changes the range and action of the Bass, Middle and Treble controls on the clean channel only.

The OD-2 model is rather dark at default settings. Don't hesitate to increase Presence, and/or Increase Treble, and/or engage the Bright switch.

Alan Phillips (about the model):


"It's a live demo of an OD2 as tweaked by me. Damn sight better than sound clips for auditioning to guys that haven't got the ability to get to a Dealer. Clearly it doesn't give you the full experience of the full amp, but is a good tonal taster. I repaired a Soldano SLO for him one day and when he came over my house to pick it up we just decided it would be a good idea to put a CA model in there. Having the actual builder involved kind of closes the loop fully. I'm happy to endorse that model because I put a lot of hours testing it and putting together a ton of technical information, fourier analysis graphs, frequency response graphs, schematics etc that would make validation of a mathematical model much easier. In reality even though the power amp and the preamp are modeled the pre-amp got the most effort. As I said in another thread, I tuned that by putting the axe in to the actual power amp of an OD2 and running that side by side with a full OD2. The final tweaks were made like that using parametric eq blocks that were hard coded in to the model. You could call that the icing on the cake and basically put the same level of tuning into the model as I do with a actual OD2. The only difference was I was using a GUI, not resistors and capacitors."​
Alan Phillips recommends using a cabinet with a EV-12L or Classic Lead speaker. Check out stock cabs #008 and #105 if you prefer that sound.


"In the real world the OD2 is very very fussy on speaker choice too. The real world speakers of choice are EVM12L in a 1x12 rear ported and 2x12 with Celestion Classic Lead 80's. I found the 12L emulation did a pretty good job. Some of the others sounded so artificial with that model. Like a Rockman. Coupled with the right cab the emulated model does a good job of representing the basic tonal signature of the amp".​
There are more EV-12L IRs in Cab Pack 17. You’ll find UltraRes Classic Lead 80 IRs in Cab Packs 4, 14 and 17.

yek said:
And did you know how Alan Phillips tests each of his amps before shipping them to the buyer? He plays them in his band at a gig.
Click to expand...

Sounds like Allan is a nice guy, hard worker and colaborative, he has read between the lines and realized that modeling helps to sell his real amps, fantastic vision of business!
We need more brains like Cliff's and Allan's: adaptable and farsighted knowing where we came from

I take note of the cab tips!

Moderator
I use Cab #105 in my OD2 preset. Input Drive at 6.25 and Overdrive at 7.50. Bass at 3, Middle and Treble around 6, Presence at 7. With single coils this makes a thick cutting medium rock tone with a lot of hair on it, great for leads too.

I will try this, thanks man!

my favorite 'Marshall' next to the Wrecker since 2.01

I like those settings Yek. This series is much appreciated.

Another go-to; My Favorite "Marshall" as well. 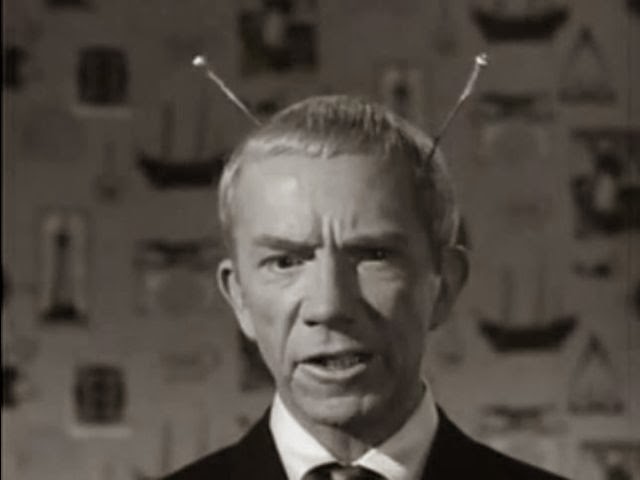 One way that I've totally "drunk the Cliff Koolaid" is my new obsession with the Carol Ann blocks.

Like many Fractal Users, I've decided that if I ever buy another high end tube head (replacing the Roadster), it'll definitely be a Carol Ann. Alan is killing it from what I can hear.

I recently tried this amp for the first time the other day. WOW! I played it for about 2 hours straight.
It is amazing how well it cleans up with rolling back the guitar volume.
Now to create a patch and start using it live.
You must log in or register to reply here.
Share:
Facebook Twitter Reddit Pinterest Email Link
Top Bottom