Do you think Gibson Guitars new CEO can turn the company around?

I was just wondering what you guys think of this? To me, listening to him in some interviews, he seems genuinely interested in listening to what artists and regular players have to say to improve Gibson and seems to "get" what they are saying about quality control and a whole host of other issues that Gibson has been dealing with when Henry J was at the wheel. Do you think he can turn the company around and start making good Gibsons on a consistant basis? I think that time will tell....consistency will be the key to knowing weather or not they will survive or go down the tubes like a lot of other retail companies have lately. Payless Shoes and Sears ring a bell? I really am hoping he gives serious consideration to putting Gibson Guitars back in mom and pop shops! It was the mom and pop shops that made Gibson what they are today. Without them....you would not have a Gibson Guitar company! Adressing quality control issues are very important, but also putting your guitars in mom and pop shops and not just places like guitar center is where they will thrive I think.

For those that have not heard him talk....here is a good interview where most issues are addressed.

I just purchased a 2019 SG Standard '61. Based on this guitar, I think he is well on their way to bringing Gipson back to its glory. This is a magnificent instrument!
J

To me that interview was interesting enough to watch all the way through. JC seems like his head is on straight.

Man it's anyone's guess. They do need to stop and focus on their core strengths. Stop so many models of the same thing with widely varying prices. IE: Some les pauls are 2k some are 20k. I hope they turn it around, it's an american icon company and needs to stick around.

They were an arrogant company that was very demanding upon dealers to take huge inventory (or else) , at these “mom and pop” stores. Thats during times when they pumped out poor QC instruments , with robotic tuners , odd models , and non traditional, wide necks , and all kinds of stuff that didn’t sell. That’s why they disappeared everywhere except the big box stores - for the most part. My buddy owns a music store. I heard all about it.
Looks like no more problems with QC. They bought new lights. Ahem. Well , since the whole country has been converting businesses to LEDs , it’s not surprising that they have too. It’s more likely due to energy savings and discount programs offered to convert. Likely coincidence and excuse for past QC problems. But , who knows.
Anyways , I love my Gibsons. Wish them luck. I’ve got to believe a Walmart greeter could manage the company better than Henry did.

I'm not especially a Gibson fan, but as one of the most iconic brands in the industry I do hope they can turn it around.

I also really hope that the mom and pop shops can survive!

Sadly no. I think that ship has long sailed.

Henry could not have picked a worse time to allow his hubris to run amok. What he did was bad for sure...when he did it will result in the brand never regaining form. I haven't seen a legit Mom and pop store for years...there's boutique and big box with nothing left in the middle.

While Gibsons dealer policy was draconian, it wasn't the direct downfall of Mom and pop stores...we, the consumer were.

Project Mayhem said:
I haven't seen a legit Mom and pop store for years...there's boutique and big box with nothing left in the middle.
Click to expand...

They still exist. This one is third-generation family-owned. The current owner has encyclopedic knowledge and is a class act all the way. They sell new and used. Everything from dirt-cheap beginner guitars to vintage stuff worth tens of thousands.

The mom and pop store I was talking about still exists too. Over 1000 guitars.

Perhaps he’ll be able to turn it around. I would certainly like to see him succeed. With that said, it will be up to the employees to turn the company around. If you have a bunch of disgruntled people with terrible attitudes, some of them will have to go for him to right the ship.

They will have to crank out top quality instruments for several years to overcome their bad reputation.

Rex said:
They still exist. This one is third-generation family-owned. The current owner has encyclopedic knowledge and is a class act all the way. They sell new and used. Everything from dirt-cheap beginner guitars to vintage stuff worth tens of thousands.

Glad to hear there's still some around. As a kid hanging in the local Mom and pop music store was something we did regularly. You only knew what you saw locally.

Rex said:
They still exist. This one is third-generation family-owned. The current owner has encyclopedic knowledge and is a class act all the way. They sell new and used. Everything from dirt-cheap beginner guitars to vintage stuff worth tens of thousands.

Very nice love to see the smaller shops.
I like knowing everyone and the one on one service that keeps me coming back.
And the knowledge and service...
S

Couple of great smaller shops near me. One of them does a lot of online sales, but the other has little online presence. You just go in an see what they have. They have a ton of guitars, including Gibson and Fender but not much else. The bigger place that does the online stuff, has everything else. I give both business when I can. I haven't bought from a big box place in many years, and I don't really like buying music stuff online as much. The exception would be used guitars, but that's because I usually have something very specific in mind.

I think Gibson has an uphill battle. Their reputation has suffered, and their core market is getting older. I think it's going to be tough to convince the younger crowd that they need a Gibson.
Last edited: Apr 1, 2019
P

My old Levis were like canvas.
My new Levis are like tissue paper.
Not sure there's a way forward in corporate America nowadays without lowering costs to the point you are capitalizing on a hard earned good name while lowering quality to the extent your good name is tarnished. This gives you some years where the increased profits can return shareholder dividends until customers finally realise the name is no good anymore. That, however is a short term game.
Let's hope Gibson actually get better but I'm not overly confident.
Thanks
Pauly

Only Les Paul I have anymore is a BFG, so I'm not one to care about looks; but I have seen some nice looking ones the last couple of years.

Thing is, when we think of bureaucracy we think governments. But that is nonsense as can and do bureaucracies exist in any kind of organization. Gibson is no exception to that. Managers are the new feudal barons and they measure their demesne in the number of underlings that work for them. And when organizations talk about becoming leaner and meaner the end result is always less people on the work floor and more people in the offices pushing paper. And bureaucracies are very resistant to change. It takes a lot of effort and sustained willpower to change them. The new Gibson CEO has his work cut out for him. And as a CEO he of course is a product of the same managerial culture that has led Gibson, and other companies too for that matter, to the abyss.
J 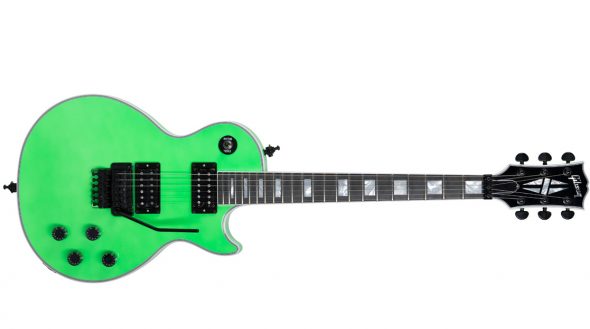 They need to think about expanding their demographics, this sounds and smells like the same problem Harley-Davidson has.
S

ksandvik said:
They need to think about expanding their demographics, this sounds and smells like the same problem Harley-Davidson has.
Click to expand...

It's identical in my opinion. Same demographic, and that demographic freaks out over anything that breaks from tradition. They want the same super shiny, out of date, heavy merchandise, and completely shit on everything else. I can see Harley trying to go after a younger market a little, electric bikes, smaller displacement, etc. It's still seen as an old man brand though, and it's going to be a tough sell.
You must log in or register to reply here.

New computer, interface. Can you check my head on what I am trying to do?

L
How do you feel about copying the guitars of famous/favorite artists ? ie; Gilmour black strats

The importance of your listening environment.

New to Fractal and inspired!