I had some free time this afternoon, so I decided to record a comparison between my PRS HX/DA amp, Hendrix mode, variac’d at 90 watts and the Axe FX II @ v18.12. The goal was to take my normal HX/DA tone and copy with the Axe FX WITHOUT using tone match.

As far as I can tell, the Plexi 50W Jump is the closest in terms of sound, attack, and presence.

I mic’d up the bottom left speaker of my 1970 Marshall Basketweave Cab. The speaker is a 25w Rola Greenback from 1971, model 1511 which is the 55hz cone. The mic was a Shure Beta 57A (very similar to a Shure 57, just a tad fuller sounding) I captured a profile using the Mic + DI method and dialed in the Axe tone as close as possible.

I've attached pictures below of the HX/DA amp settings and the Axe FX II settings. Surprisingly, the settings are actually fairly close to one another...
Both the HX/DA and Plexi 50W are variac’d at 90 watts. The HX/DA is at half volume. I wish I could run at full volume, but this would result in very unhappy neighbors...

I recorded a dry track and reamped through the Axe and PRS amp. Both were recorded using a Focusrite preamp.
Here are the results. The first (Track8Demo) is the amp and second (Track1Demo) is the Axe FX.


I believe I am pretty close to the same tone. I would appreciate any feedback to how I can get closer! Let me know your thoughts! 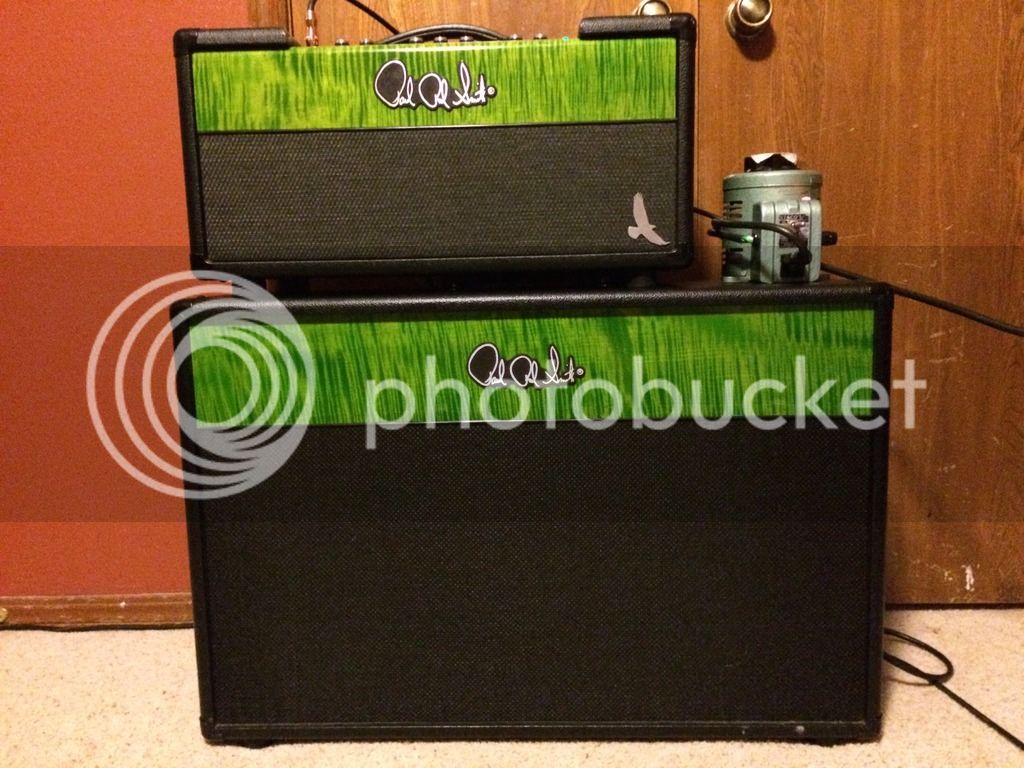 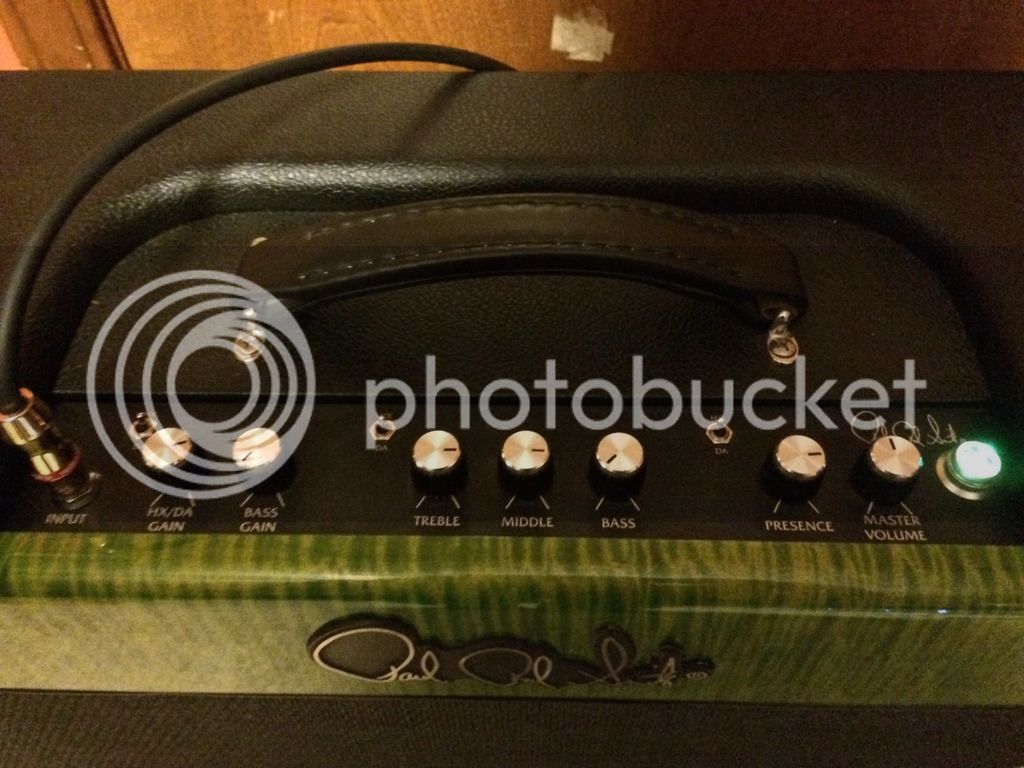 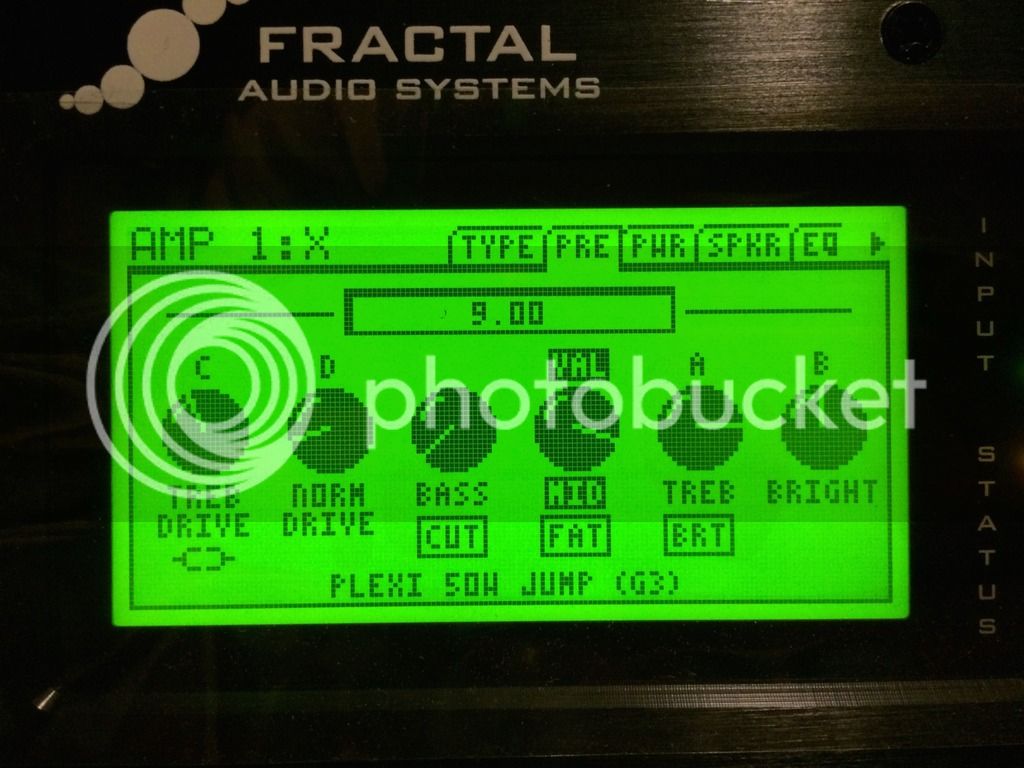 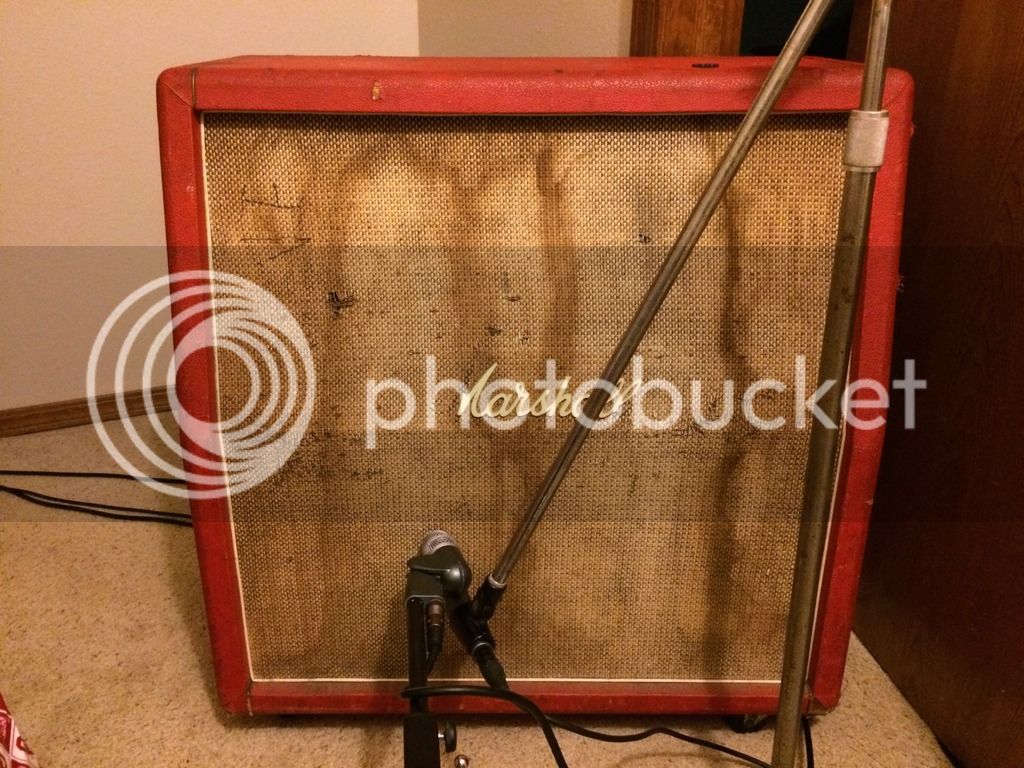 other than one track being a few db quieter than the other, they sound pretty much identical...would solve my gas for that amp for sure, if I had any.