Chris@AxeFxTutorials said:
to stay current. 5.0 may be released down the road and have something you really want. then you'd have to learn everything that changed from 3 to 5.

that's just one way to view it. some people are completely satisfied with a particular version - i know some are still on old 17 for example - and they really don't ever want to update; it's perfect for them as is.

if you are the type to like updates though, i'd suggest updating whenever you can to stay as current as possible. of course your tone might change right now with 3.0, and you'd have to adjust. but you'd be current.

it's really all about what you value from the Axe. no one is wrong with how the do it.
Click to expand...

Chris, what's your opinion so far with 3.01? I've made around six or seven different patches and so far I'm really liking it. I need to spend more time with it but I'm digging it.

RafterRattler said:
Between 3.0 and 3.01? I thought the modeling was the same...

jzucker said:
what is the target audience for the 3.x firmware? Is the transformer grind parameter mostly for metal/djent players? Is thsere any reason to upgrade if you are just playing clean and fusion tones?

For example, my primary amps are the vibroverb, ods and suhr badger. Any reason for me to upgrade?
Click to expand...

I judge when to upgrade based on my upcoming shows.

We have a big show at an outdoor festival on Saturday so I'm staying on 2.04.

In general, I keep current. I like to get new features, and bug fixes. It can impact my presets a little but it's usually pretty easy for me. I typically do very little to no tweaks during an upgrade. But I might incorporate a new delay type or something like that along the way.

REDD said:
Chris, what's your opinion so far with 3.01? I've made around six or seven different patches and so far I'm really liking it. I need to spend more time with it but I'm digging it.
Click to expand...

It basically always sounds better to me. Maybe I'm just not picky? Sometimes an amp I used sounds different so I just look for another one. New FW = change. That's just how I view it. If no change, then it wouldn't be new. I try it, turn some knobs and find what sounds good to me. These days, the changes are not as dramatic as before, so I really don't take much time before I'm gig ready again.

I honestly don't even use the new parameters, except to test. People get lost in them for a while then go back into normal mode after a bit
L

I've always lived by the believe that Cliff is smarter at me and knows good guitar tone better than me; as such, I follow his lead as what "progress" is with regards to this magical black box he created and don't feel I've ever once been led astray.

Lets put it this way, even on my most OCD day about tone/gear I'm not even at 1% of how Cliff is each and everyday. No one in this industry is as laser focused on continuous improvement of amp modeling as he is, and he simply isn't going to put out a bad (with regards to poor sounding) firmware. The man knows good guitar tone and I trust in him 100%.

I can certainly like what I like, but I don't have great ears, I don't understand 5% of the technical amp design stuff, and I'm not even that great of guitar player. Luckily, I've got Mr. Chase in my corner, working tirelessly on these improvements that I get to reap the benefits of. Can't get over how awesome that is.

The same guy that is working on improving the rigs of (Insert A list artist of your choice here) is giving me that same firmware, personally responding to my questions, and doing all this for FREE!


Buy another modeler and you get the same old firmware that its had since 2011, and you want tech support, you wait on hold 45 minutes and talk to someone who isn't a guitar player or an engineer and who basically re-reads the manual to you...

Have a question with Fractal, or a suggest ? The head of the company will respond, and many times, actually put that feature into the box. Think Line6, just as an example, would ever in a million years create a new firmware update with something that I PERSONALLY requested ? No way, but with Fractal, that actually is the reality.

James Hetfield, JS, etc and a nobody like me get the same rock star treatment from Fractal.....beyond words cool

So do I ever doubt Cliff or not update ? Never

lqdsnddist said:
So do I ever doubt Cliff or not update ? Never
Click to expand...

Yup. Since I'm not often needing to keep a set intact, I welcome new inspirations from Cliff. I follow the addage: "These stunts were performed by experienced stunt men." 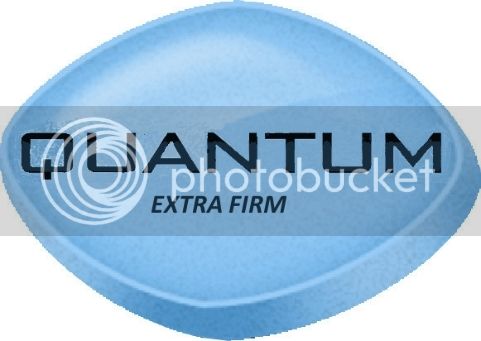 I notice that switching between different mic's in the CAB block sounds different now. This is something I never used up to now...

Seriously, super thanks for returning DYN PRES. I seemed to be the only one concerned about it and seemed to be using it often.

I'm still confused, now that we're adding xfrmer grind what is dyn presence reverting back to?

Lastly, did xfrmer grind totally take over dyn pres during the beta?

Lastly, did xfrmer grind totally take over dyn pres during the beta?
Click to expand...

in the 3.00 beta, DYN PRES was REPLACED by what is now known as XFRMR GRIND.

if you turned up DYN PRES all the way in 3.00 beta, now you would want to turn XFRMR GRIND all the way up. it will probably be set to 0 at first.

Just played around with this today on the tweed Twin and tweed Deluxe. Very cool! Txfmr Grind is an advanced feature I believe that I'll find useful.

Now I understand why you were a bit scared to release this wild horse, my impression of the new modeling summarized in one word: Temperamental!
If you have an epiphany like this in the future please go on and don't hesitate:
This third Quantum is better than sex!
Last edited: Apr 27, 2016

This musst be the pill for us old farts....

Yes, but what does dynamic presence mean?

Can you describe it and perhaps even compare it to xfrmr grind?

mgavin said:
Yes, but what does dynamic presence mean?

Can you describe it and perhaps even compare it to xfrmr grind?
Click to expand...

Can someone do a clip showing the xfrmr down and then up on the
USA PRE LD2 RED???