I am using an AX8 to A/B switch the signal into 2 x AXE FX IIs.
The AX8 preset uses 2 scenes to toggle an A/B output signal to either AXE FX II.

The presets are identical in each unit. Nothing fancy either.
All controls are set to NOON - except for the USA IIC++ presets - as they require different EQing to sound "correct".

You can see the settings in the short screen grab i display before each demo.

The Cab is a wav IR loaded on the output bus within Cubase.
I did this to remove any chance of variation within the different firmwares CAB block.

This way we are looking at ONLY the tonal differences of the firmwares.

The CAB is a blend of a Mesa Recto w/ V30s, a Marshall w/ Greenbacks, and an Orange w/ V30s.
All Mic'd with multiple SM57s in a "Full Spectrum" configuration (IE, all points of the Speaker have been Mic'd and blended into a single IR)
Click to expand...

Just to be finicky, there's still something that can influence the comparison: the input stage circuitry is slightly different between the mkII and the XL (different "secret sauce" version). If you've connected the ax8 to the rear inputs they should be identical though.
G

my presets became more open and have more clarity now! Thanks!

We are so fortunate
Cheers FAS

Woke up to this, updated immediately and tried the C45 Friedman BE, delicious!!! Crackly and just the right amount of gain for my usual usage. Hope the Friedman 2018 gets fixed soon.

Rex said:
It's only the new Friedman 2018 model that has an issue, not "the Friedmans."

I guarantee that none of your patches uses the Friedman 2018.
Click to expand...

Ah, I wasn't aware that we got a new amp model with this one. Nice!

Nice setup, but I'm not sure if high gain sounds are the best test for sound differences.

Sorry if this has been answered. Will the 9.04 patches work with FW10?

pablito said:
Sorry if this has been answered. Will the 9.04 patches work with FW10?
Click to expand...

Yes, as you can see on my video a few pages back

Great video! Recto's differences were so subtle I don't know if I would've been able to tell which was which in a blind test. Orange differences were very noticeable. In general, for the Orange onward the amps all had more on-axis type clarity. It's like 9.04 you are standing in the same room as the amp, but not directly facing the source, and then in 10.00 you are optimally positioned in the source's sweet spot. Not that the 9.04 sounds wooly, but in direct comparison to 10.00, it sounded a bit woolier. I'm willing to bet that 10.00 sits way better in a mix now, with less effort.

Holy shit, I love the Axe Fx! Thank you Cliff and team!
Click to expand...

If you need something, just tell Cliff it can't be done....a few weeks later, there it is!

Rex said:
It's only the new Friedman 2018 model that has an issue, not "the Friedmans."
Click to expand...

Wasn’t Meet the Friedmans one of those ABC After School special series back in the ’60s?

Fractal Audio Systems
Moderator
I've pulled the firmware until I can get the bugs fixed.
A

Thank you Fractal Audio for

FractalAudio said:
I've pulled the firmware until I can get the bugs fixed.
Click to expand...

I'mma keep it. My 6160 block and Atomica presets aren't affected.

aaaaaaand suddenly I have the most exclusive axe-fx II firmware in existance, lol 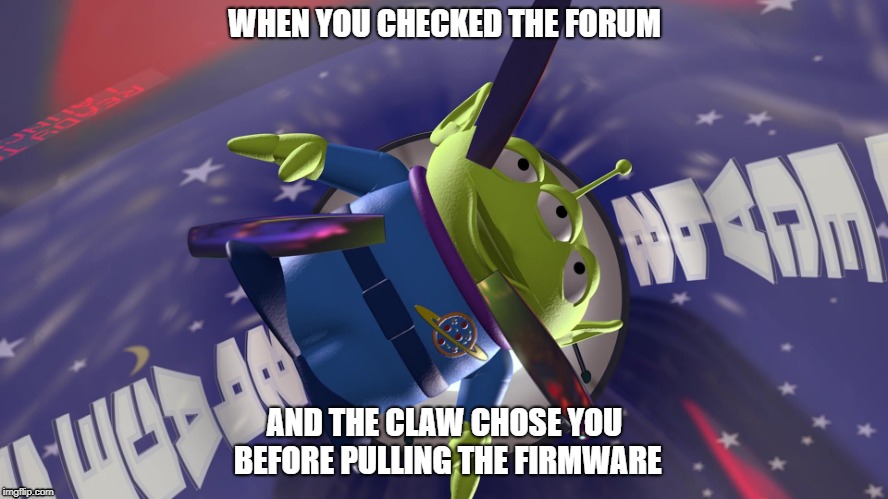 FractalAudio said:
I've pulled the firmware until I can get the bugs fixed.
Click to expand...

Wish you'd keep it up, but label it as a beta so I can try it out.
J

Wish you'd keep it up, but label it as a beta so I can try it out.
Click to expand...

But besides that, THANKS!
J

Wish you'd keep it up, but label it as a beta so I can try it out.
Click to expand...