Vendor
Hi Gang: This will be a thread where I can answer questions about my latest "Brit Rock Royalty" TonePack series. 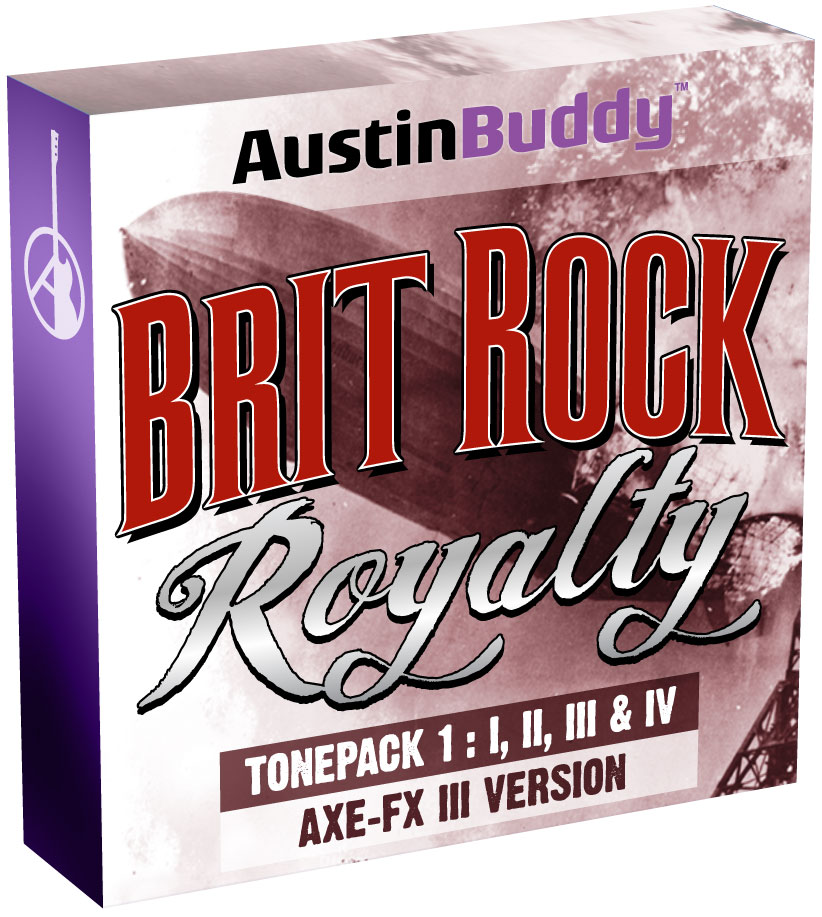 After many months of work partnering with two great Austin-based musicians dissecting these classic recordings, am pleased to present a new series of TonePacks. These TonePacks are a little different than the Naked Amps and Dream Rigs products; they are designed to emulate and evoke the coolest and most iconic guitar tones of all time, by album and song part.

The first in this new TonePack series is the Brit Rock Royalty TonePack #1, covering 36 songs and over 150+ guitar scenes/sounds from this British foursome that changed the face of rock music forever with their first four albums in 1969-1971. Additional BRR TonePacks covering guitar tones from later albums by this legendary British foursome group are in the works!

While originally designed Axe-Fx III and panned in stereo, this version has been streamlined for the FM3 user. Our new Brit Rock Royalty (BRR) TonePacks let you instantly reproduce the timeless, iconic electric guitar tones that re-defined rock music forever.

The product contains a digital download preset bank for the Axe-Fx III consisting of stereo preset versions with correct panning, and volume-leveled (per album mix) by track "scene" to play along with your favorite I, II, III or IV albums, as well as a non-stereo panned version for the FM3. You get BOTH versions -- both FM3 and Axe-Fx III -- when you buy the TonePack.

Here are some video examples from I & II, using the stereo (correct pan) presets:

The Axe-Fx III download bank also contains a complete set of non-panned presets for the same tracks/scenes, leveled at an average -12db, intended for live use. There are bonus early group live rigs, acoustic guitar emulators, and bass presets too, and two provided special User Cabs. The FM3 is based on the non-stereo panned versions.

In addition to the READE ME User Guide, for the Axe-Fx III complete version, we include a detailed track by track preset scene guide that tells you exactly what guitar, pickup, volume and tone knob settings to use to produce the "Tone of the Gods!" Example:

You'll get best results using a Les Paul style and a Telecaster style guitar, with vintage-style output pickups. It helps to have a Fractal FC12 or FC6 controller to navigate presets/scenes quickly when playing along, and an expression pedal to take full advantage of wahs, pans, volume swells, and other effects (like the Theremin emulation!).

Expect all the meticulous attention to exact tonal detail here that you've found in AustinBuddy's other TonePack products! These presets have been updated to version 14.x+ or higher for the Axe-Fx III and firmware 1.06 for the FM3, and the price includes an additional firmware upgrade versions if needed in future.

NEW: Here's a good example of Cooper Carter playing some the presets (from I and II):


Note: the Brit Rock Royalty TonePack #1 will be on introductory sale between Thanksgiving Day November 26th to December 31st 2020 at $79 (normal price is $99). Just wait a few more days to take advantage of the holiday sales price!